Multiculturalism in our school

Over the past weeks we have been talking about multiculturalism in our English classes. Matching with the topic, Mr. Schadow organized a meeting with refugees on the 9th Feburary 2016. We formed groups and prepared some questions for the interviews and a tour of our school.

The refugee we met up with, a 24 year- old Syrian named Nehad Zin Aldin, has been living in Friesack for 4 months now. He came to Germany with one of his three brothers to be save from war. In Syria, he attended a small school with only 100 students, so he was very surprised at how big and beautiful our school is. After finishing school he studied engineering. Here in Germany everything is different for him. Here is so much traffic and so many people. Nehad said that he didn’t like the stress that the German people had. In his hometown there weren’t so many people and also there wasn’t so much traffic. Everybody there could walk to work, to school or to the supermarket, instead of having to take the train or bus. Here you have to hurry up and run all the time, he explained. That is also the reason, why he never wants to visit a big city like Berlin. Nevertheless, Nehad hasn’t had any problems since his arrival in Friesack. Only sometimes when walking down the street he feels ashamed, because he receives money from the state without working for it. In the future he wants to find a job, earn his own money and provide for himself. Furthermore, he is trying hard to improve his German. We hope that you could get an impression of the refugee’s perspective on arriving in Germany. That interview has given us a new and interesting insight of what it could feel like to be a refugee in a foreign country.   (Text written by Vanessa Bähr)

In 2010 Abdisalam Omar, 26 years old, had to flee from Somalia because of the war. He had to leave everything behind: his family, his friends, his old life. We met him in one of our English lessons and he told us about his journey. At first he fled from Somalia to Jemen and lived there until the war broke out there too, in 2015. Then his journey to Germany began: 4 days and nights he had to spend on a small boat on his way to Libya. From there he fled to Italy and after that he finally arrived in Germany. He has been living in Friesack for three months. When we asked him about his daily 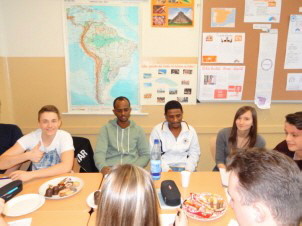 routine, he told us that he went to an informal German course three days a week. It is informal because he still waits for his residence permit. The rest of the day he spends surfing on the net, playing football and going to the gym. Whenever possible he also offers to help the people in the 'AWO' office with their daily work. Being in Germany he says makes him really happy. But of course he misses his family, friends and everything good about his home country. Here in Germany many things are different: the food, the time, the people. About German people he says: they are very polite, always punctual and really nice. When we asked : " Have strangers ever been mean to you because you are a refugee?", he responded that mean people exist everywhere. He added that 95 % of the German people he met welcomed him very politely. But he would bear the other 5 % because he knew that he was safe here. Finally we wanted to know what he had planned for his future. He told us he still did not know, it all depends on the resident permit. For now he wants to learn better German and complete his education. He already got a step closer to that: he was picked out of 200 refugees to be granted the "Dafi scholarship for refugees" along with 24 others. For that he had to pass a hard exam for which he had studied a lot. After completing his education he would like to work in Germany but if it is possible he would like to return to Somalia one day. During the whole interview, Abdi repeated one sentence over and over again: "Thank you for having me here, I am so thankful." So we replied: "You are very welcome, thank you for sharing your story with us." (Text written by Gina Celine Langer)

Group 3: An interview with a refugee from Syria (Nehad)

On Monday, 15th February 2016, a refugee named Nehad Zin Aldin visited us in our English class. He is 24 years old and has lived in Friesack for four months. Before that he lived in Syria but because of the war he had to leave. We expected Nehad to be shy and that he was not able to speak English that well. He actually talked very much and told us about his brothers, one lives in Germany and the other one in France. Although they were able to flee, they had to leave their mother and father behind. When he still lived in Syria, Nehad studied IT to become an engineer and played basketball in his free time. He told us that our school was “big and beautiful“ in comparison to his old one. There were only five rooms and 100 students. In Friesack, he tries to learn German but it is very difficult for him. Despite that he is very ambitious and soon wants to earn some money. Currently he is working in a kitchen. In the refugee`s hostel live about 100 people and he has his own room with a TV. From what he has seen so far he does not like Germany that much, for example, because of the weather. Another point is the traffic in Berlin and the stress that everyone has. On the other hand he feels that Friesack is way too quiet and there are no people on the street. Nehad is also ashamed because of the looks he gets from other people for not being German. In the end we had a really nice conversation with him about his life here but he also told us kind of sad things about the war and that he misses the rest of his family.
(Text written by Sarah Fiedler, Felicia Völpel, Lisa Pommerening) 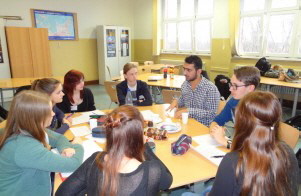 At the moment we are dealing with the topic multiculturalism in our English class. In order to obtain more current information than we could possibly find in our school books we invited refugees to talk together. Yehia Toso is 24 year- old refugee from Syria and we interviewed him about his life and experiences in Germany.  Before the war in Syria broke out he had begun to study engineering at the university of Aleppo. But then the war started and all men between 18 and 30 were forced to fight in the Syrian civil war. So after the last exam at the university he took his diploma and fled. Otherwise, they would have killed him because he had refused to fight in the army. Before that he had never thought about leaving his home country and parents because of a war. Yehia fled together with his brother across the Turkish border and arrived in Germany after 4 weeks. Before he came to Friesack he had spent 4 months in another refugee's home. Sometimes when he crosses the road, he is afraid that somebody could attack him. He feels like a person of minor value because many people look down on him. In his opinion the Islam is a peaceful religion, but many terrorists say that they fight for the Islam. That is why for many Europeans the Islam is closely linked with violence, atrocities and terrorism. (Text written by Lennart Rommeiß) 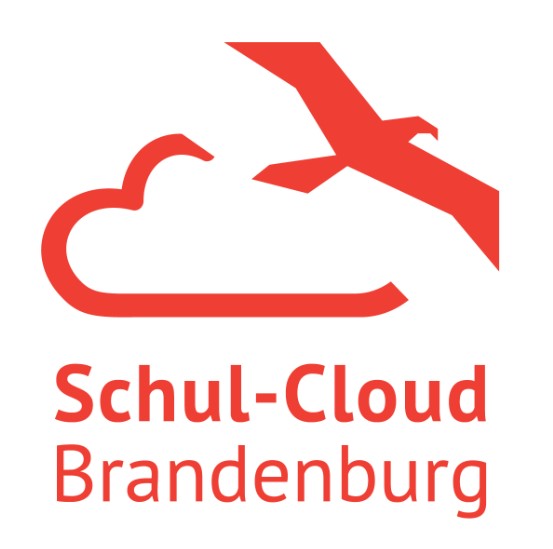